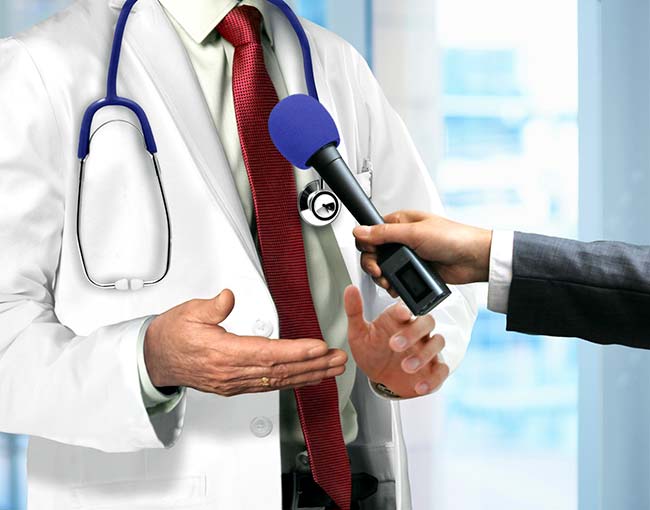 The question of whether patients should be permitted to record interactions with their doctors, and when and how it is best to do so, has become a highly contentious issue to navigate in today’s increasingly complex medical terrain. Whether wireless accessibility is available or not, there are undoubtedly patients texting, surfing, posting, and otherwise engaging their smart phones and tablets while waiting in their physician’s offices. It is understandably tempting for patients to utilize the audio, and maybe even visual, recording capabilities to record discussions on diagnoses, recommendations, medication, follow-up instructions, etc.

Like many complex issues in the healthcare industry, there are pros and cons associated with patients recording these discussions and certainly opinions on both sides of the debate. Physicians continue to grapple with how best to convey information and advice to patients, as well as recommendations and instructions about medication or healthy living.

Experts suggest most patients fail to recall a majority of the information discussed with their doctor within minutes of leaving the office. The problems associated with understanding and recalling doctor-patient conversations are nothing new: elderly patients may have trouble remembering; communications may be strained by visual or hearing impairment, literacy, or language barriers; loved ones often struggle to get information on their family members’ care; and even otherwise attentive patients may lose focus after receiving upsetting medical news. This has become increasingly challenging, though, in an era of ever-shortening face-to-face patient time and rushed visits. Equally challenging is the tendency of some patients to take such tedious notes that they can’t even recollect the valuable information which was delivered. Certainly take-home materials can be helpful, but could a recording improve communication and retention?

Some hospitals and doctor’s offices have initiated programs that provide patients with recorded messages upon discharge or the end of a visit. One such program has reportedly shown evidence of improvement in patient satisfaction, and even a decrease in patient readmission rates. For patients whose healthcare providers are not yet offering any such program, there is at least one cell phone application available today, called Your Doctor’s Advice, aimed at addressing this concern. The app allows patients to record their doctor’s instructions and may reduce the urge to do so surreptitiously. The recording is sent to their home computer to be recalled at a later time, and can even be shared with concerned family members.

There are legal and ethical implications relevant to this debate as well. Federal law only requires one party to a recording to be aware it is taking place. Some states broaden that protection by requiring the consent of every party involved in a recorded interaction. Illinois passed such a law but it was later struck down by the Illinois Supreme Court, and the issue seems to be constantly evolving in the state. Many states have retained “one party” consent, which could potentially allow for secret recording without a doctor’s knowledge. Many physicians view recordings as a prelude to a lawsuit or breakdown in trust. In 2011, in Smith v. Cleveland Clinic Foundation, state courts in Ohio considered the issue in the context of family members who recorded the apology and apparent admission of guilt of a hospital administrator who had met with them to discuss the dramatic decline in health of their father following surgery. The case went all the way to the Ohio Supreme Court, which concluded that the hospital’s claim that the conversation was protected by the Peer Review privilege was without merit. Although not directly in the context of a patient-doctor discussion, the decision implicitly, if not explicitly, condoned the surreptitious recording of such conversations.

Another concern is that recording could undermine the privacy of the visit, as a patient may be less open if they know their family members will hear the recording later, or if they fear the recorded content is at risk of being shared without their knowledge. Many doctors, though, say they would permit or even encourage the recording of medical advice by their patients, and research has shown that doctors who consent actually improve trust and strengthen their physician-patient relationships. It takes confidence to grant permission because the doctor’s advice could be subject to extra scrutiny, or their professional reputation damaged by their examination skills being posted on a public forum without the ability to correct or clarify.

Although there appear to be no bright-line rules governing the recording of patient interactions, it is advisable that office policies and procedures be in place to deal with use of this emerging technology, in order to minimize potential liability issues and positively augment physician-patient relationships. Some hospitals and doctor’s offices have put in place policies that prohibit the use of recording devices in examination rooms. Other offices have established policies that permit recordings, but implemented protocol prohibiting the use of such recordings in any legal proceedings. Physicians choosing to take one of these routes should ensure any policy they adopt is posted visibly and predominately in the waiting room and examination rooms of their offices. Regardless of any office policy, physicians’ safest approach would be to operate as if all their interactions with patients are being recorded.

Jay Goldstein is a partner in Thompson Coburn's Health Law Practice Group. He can be reached at (312) 580-2207 or agoldstein@thompsoncoburn.com.