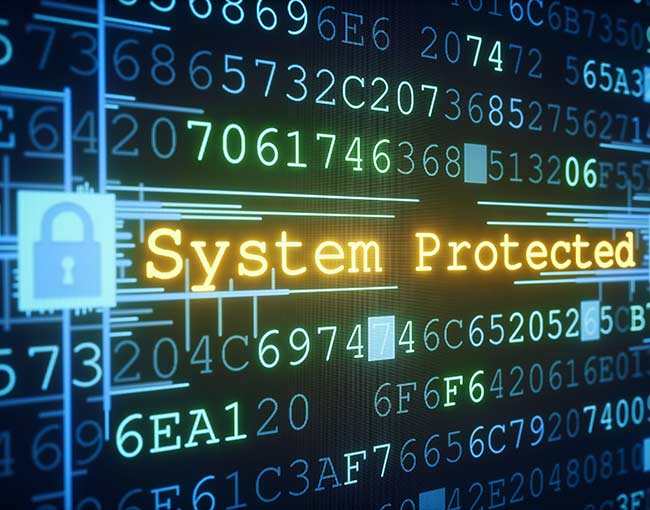 Are you covered? Emerging issues for health care providers under cyber risk insurance

Providers are focusing on cybersecurity with increased urgency. Cyberattacks on health-care organizations reached an all-time high in 2015 and aren't expected to slow down in 2016, Harry Greenspun, director for Deloitte's Center for Health Solutions, told Bloomberg BNA. One element of a comprehensive strategy to address data security is customized cyber risk insurance. Recent case law supports standing for class action litigants alleging future injuries, which may not be covered by some policy forms. We urge providers to review their cyber risk coverage with the increasing risks and this new case law in mind.

Specifically, it is critical that cyber risk insurance is designed to both: (1) adequately mitigate future harm to those whose private information is compromised as a result of a data breach; and (2) satisfy the full array of damages sought by such third parties, including damages for future injuries resulting from the anticipated improper use of data. These considerations are increasingly important because the policies available in today’s market are not standardized. While many absorb some of the costs associated with notification and fraud monitoring, existing forms may not protect against damages sought for susceptibility to identity theft.

In Remijas, the defendant, Neiman Marcus, released a statement that 350,000 of its customers’ credit cards were potentially exposed to hacker malware, and that 9,200 (2.5 percent of the total group) had been used fraudulently. Id. at 689. Neiman Marcus provided all of the potentially exposed customers with notification of the data breach and offered them one year of free credit monitoring and identify-theft protection. Id. Fraudulent charges were reversed or reimbursed. Id. at 692. Despite these efforts, several customers initiated class action complaints, seeking relief for injuries sounding in increased risk of future fraudulent charges and susceptibility to identity theft. Id.

Neiman Marcus argued in favor of dismissal, contending that the possibility of future injury proved too speculative to created Article III standing. Plaintiffs claimed that all of the class members faced imminent future harm, requiring the present expenditure of time and money to replace cards and monitor credit scores. “Presumably, the purpose of the hack is, sooner or later, to make fraudulent charges or assume those consumers’ identities.” Remijas at 693. This finding led the Court to conclude that harm was “certainly impending” rather than speculative or possible. Id. The Seventh Circuit found the allegations enough to confer Article III standing for the putative class because the breach created “an objectively reasonable likelihood that the future harm of identity theft would occur.” Id. at 693 (citing Clapper v. Amnesty Int’l USA, 133 S. Ct. 1138, 1147 (2013)).

The law on standing with respect to data breaches remains unsettled. Prior to Clapper, federal courts appeared split on whether the risk of improper use of compromised data would constitute injury-in-fact for Article III standing.

Several courts determined that consumers impacted by security breaches where data has been accessed by unauthorized third parties, but no loss has yet occurred, have standing to maintain suit in federal court based on the threat of future harm. See Pisciotta v. Old National Bancorp., 499 F. 3d 629 (7th Cir. 2007) (finding standing in a security breach class action suit against a bank based on the threat of future harm from an intrusion that was “sophisticated, intentional and malicious”); Krotter v. Starbucks Corporation, 628 F.3d 1139, 1142-43 (9th Cir. 2010) (standing where third party attempted to open a bank account with plaintiffs’ information stored on a laptop that was stolen from the corporation). Others found a lack of standing based on the speculative nature of future harm. See Reilly v. Ceridian Corp., 664 F.3d 38, 42 (3rd Cir. 2001) (allegations of future improper use of compromised data insufficient); Randolph v. ING Life Ins. & Annuity Co., 486 F.Supp.2d 1, 10 (D.D.C. 2007) (alleged increased risk of identity theft not actual or imminent injury in fact for Article III standing); Key v. DSW, Inc., 454 F.Supp.2d 684, 690 (S.D. Ohio 2006) (same).

Applying Clapper, it appeared that the courts would determine the risk of future harm highly attenuated and insufficient to be viewed as certainly impending. Peters v. St. Joseph Services Corp., 74 F.Supp.3d 847, 854 (S.D. Texas 2015) (explaining that Clapper resolved the circuit split). The Remijas decision makes clear that the door remains open to Article III standing post-Clapper. It remains unclear how many circuits will follow the Remijas analysis. And, it is also unclear whether or not claimants can pursue viable damage claims under the law when they seek redress for future injury.

If the Remijas reasoning represents the start of a trend, then health care providers’ exposure to data breaches may rise similarly. Health care providers typically store names, social security numbers, sensitive medical information, and other private information. A data breach could most certainly give rise to a myriad of claims by putative class members concerning harms both suffered and expected in the future. While providers are encouraged to review their procedures for protecting against both internal and external harms that can give rise to a data breach, it is essential that they explore some form of risk transference should a breach occur.

Other than contractual indemnification, the purchase of cyber risk insurance can serve as an effective tool in eliminating or reducing the exposure created in today’s environment. Most cyber risk policies in the market today contain some amount of first-party protection, satisfying the insured’s cost of providing notification and some amount of credit monitoring and identity-theft protection. Policies should, however, be reviewed to ascertain both the existence and scope of such protections. In their absence, the medical provider is likely going to need to pay for monitoring services out-of-pocket or surely face claims of actual and presently existing damages by patients and others involved in a data breach.

The courts have long-struggled with the insurability of sums imposed on an insured to protect against future harm to others. In Maryland Cas. Co. v. ARMCO, Inc. 822 F.2d 1348 (4th Cir. 1987), an insurer secured an affirmance of a declaratory judgment that a commercial general liability insurer had no obligation to defend or indemnify the insured against CERCLA claims seeking injunctive relief and restitution. Id. at 1354. Predicting Maryland law, the Fourth Circuit found that the CERCLA relief requested by the government did not constitute covered “damages” for existing harm, but instead uncovered equitable relief to prevent future harm. Id. at 1354. According to the ARMCO Court:

Insurance policies, probably for reasons of certainty and economy, traditionally reimburse only damages arising from actual, tangible injury. Insurers are very reluctant to cover what are essentially prophylactic measures, such as safety precautions, for the obvious reason that such expenditures are subject to the discretion of the insured, and are not connected with any harm to specific third parties…The less obvious, but perhaps more telling reason that insurers are reluctant to cover avoidance costs is that insureds are far more likely to over utilize safety measures where another party is paying the bill. Should policies be construed to cover some forms of harm-avoidance measures, courts would be faced with the very difficult problem of separating needed prophylactic measures from unnecessary or inefficient ones.

Id. at 1353. The Armco decision has been subject to much disagreement and criticism, with a number of subsequent decisions holding that “damages” covered under a general liability policy are to be construed broadly to encompass environmental clean up costs despite the absence of harm to a third-parties property or person. See, e.g., Helena Chemical Co. v. Allianz Underwriters Ins. Co., 594 S.E.2d 455 (S.C. 2004).

Due to the immaturity of cyber risk insurance forms and underwriting, there is little existing law interpreting and applying the language of such policies. It would not, however, be unusual for the courts to apply existing law involving analogous insurance concepts if and when faced with arguments concerning the scope of cyber risk insurance. Because the insurers do not issue the coverage on a standardized form, any construction is going to be highly dependent on the language contained in a specific policy, which is the controlling contract between insurer and insured, and the law in the controlling jurisdiction.

If a data breach involving credit card fraud or identity theft is established or admitted, we believe providers may be liable for a year or more of credit monitoring services as a result, although this time frame is not mandated under HIPAA. See Remijas at 10 (“stolen data may be held up to a year or more before being used to commit identity theft. Further, once stolen data have been sold or posted on the Web, fraudulent use of that information may continue for years.”). Most cyber risk policies provide some form of coverage for credit monitoring, although they could differ with respect to the nature of or the length of monitoring. We recommend that all the elements of mitigation under HIPAA (i.e., investigation, notice, possible credit monitoring services) be explicitly included in the scope of the coverage defined.

Generally, cyber risk policies also provide liability protection against third-party claims as well as certain regulatory claims, providing the insured with a defense and indemnity for legal liability as to damages. A policy’s liability insuring agreement and related definitions may or may not restrict the legal liability covered. Some cyber risk policies exclude coverage, either through their definitions or specific exclusionary provisions, for restitution as well as the cost of complying with injunctive or equitable relief. Others may restrict covered “damages” to compensatory damages only. Many remove coverage for fines and penalties.

Health care providers should consider reviewing their policies to determine the parameters of the coverage available should a data breach occur. In the event of a breach, providers could face the same risks and exposures created by Remijas and like cases. Policies broadly defining the “damages” insured against are obviously preferred. We anticipate that the insurance industry will begin to offer improved coverage products as familiarity with the legal exposures created through developing case law and demand for comprehensive cyber risk policies increases. After all, the intent of an insured purchasing cyber risk coverage is to shift the risk of loss for the liability created through a data breach, including that which the law will support because of decisions like Remijas v. Neiman Marcus Group.

Matt Darrough is a partner in the firm's business litigation practice.