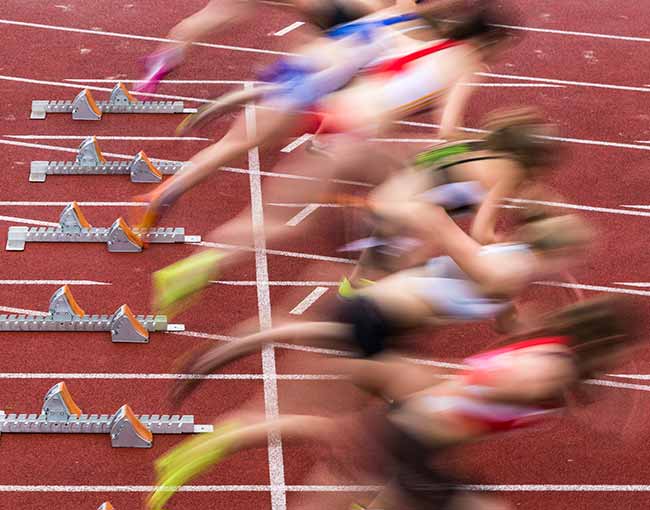 Caitlyn on the track: Athletics, Title IX, and the transgender community

In our previous post, we discussed emerging federal policy regarding the application of federal anti-discrimination laws to the transgender community. We focused, in particular, on the "Statement of Interest" filed earlier this year by the U.S. Department of Education in Tooley v. Van Buren Public Schools, a federal court case in which a transgender boy argues that his public school violated Title IX of the Education Amendments of 1972 and the Equal Protection Clause. The Department’s statement offers the most complete discussion to date of its views regarding the application of Title IX to transgender individuals.

The Department’s position is not entirely consistent, however, with the position articulated by various governing bodies and associations that oversee professional and collegiate athletics, including, most notably, the National Collegiate Athletic Association (NCAA). In August 2011, well before the federal government began to articulate its views regarding the application of federal law to the treatment of transgender individuals on campus, the NCAA addressed the incorporation of transgender individuals into NCAA-sanctioned competition.

This NCAA policy approach, which requires in certain instances that medical benchmarks be achieved before an athlete may compete consistent with his or her gender identity, is similar to the policies of the National Junior College Athletic Association, International Olympic Committee, USA Track and Field, USA Boxing, and a host of other governing bodies of amateur and professional athletics. Although the details differ, such policies seek to quell objections concerning the “legitimacy” of an individual’s transgender status — and ensure the fairness of the athletic competition — by requiring transgender individuals to demonstrate that various benchmark combinations have been achieved before they may compete consistent with their gender identities.

The Department, however, does not in any way qualify its position regarding the treatment of transgender individuals. As we observed in our prior post, in the Department’s view, an institution’s obligations under Title IX are not impacted by the nature of the gender transition (i.e., male to female or female to male), nor by the degree to which the transition has been completed. Similarly, there is no expectation that an individual demonstrate that any medical steps have been taken to facilitate a transition, or that the stated gender is sincerely held or otherwise inherent to the individual’s identity. And the Department’s policy, it should be noted, applies equally to the campus, the court, and the field.

Of course, this discrepancy between the NCAA and federal policies creates a dilemma for campus administrators. If a transgender female with less than a calendar year of testosterone suppression treatment tries out for and makes an NCAA women’s team, how should an institution respond? If the institution permits the transgender woman to compete, it runs afoul of the NCAA policy and potentially jeopardizes the eligibility of the team to compete for an NCAA championship. If the institution refuses to permit the transgender woman to compete until the medical benchmarks have been satisfied, it appears to violate Title IX.

We readily acknowledge that the likelihood of any particular administrator contending with this scenario is extremely small. To our knowledge, the number of transgender athletes seeking to compete on NCAA teams, even if increasing, remains in the single digits. In addition, some athletic associations, like the National Association of Intercollegiate Athletics (NAIA), remain silent on the issue of transgender athletes. As such, there is no tension between association guidelines and federal policy. And some organizations that oversee athletic competition have adopted policies that are consistent with the views expressed by the Department. The National Intermural-Recreational Sports Association (NIRSA), for example, updated its policies in 2014 to permit individuals to compete consistent with their gender identity, without qualification.

Nonetheless, the discord between the Department’s position and the NCAA policy, which is emblematic of policies implemented by amateur and professional athletic associations around the world, suggests that additional discussion is warranted regarding the application of federal anti-discrimination laws to transgender individuals participating in collegiate athletic competition. The time for this conversation is unquestionably ripe. Recognition of the transgender community is increasing rapidly, and the individual arguably contributing most to its rise is Caitlyn Jenner, a transgender woman formerly considered the world’s greatest athlete.

Aaron Lacey is a partner in Thompson Coburn’s Higher Education practice, and editorial director of REGucation. You can find Aaron on Twitter (@HigherEdCounsel) and LinkedIn, and reach him at (314) 552-6405 or alacey@thompsoncoburn.com. Special thanks to summer associate Jesse Doggendorf, who contributed significantly to this post.