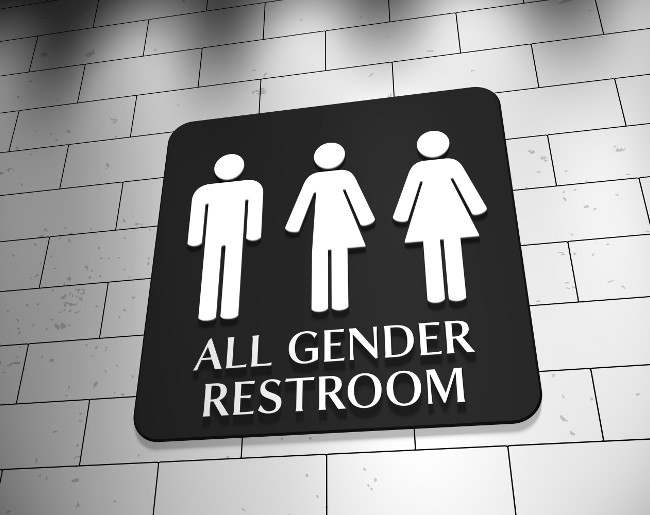 A look at the legal issues in the transgender bathrooms debate

On Wednesday, the U.S. Supreme Court signaled that it may take up the question of whether and to what extent educational institutions are required to permit transgender individuals to use the bathroom that corresponds to their gender identity. In a one-page order, the Court stayed a recent 4th Circuit Court of Appeals’ ruling that struck down a Virginia school board policy requiring students to use the bathroom consistent with their birth sex. The Court could still determine to pass on the case. But if it elects to review it, the circuit court’s ruling will be paused until the high court issues its decision.

But while athletics, record maintenance, field trips, and other such concerns continue to be part of the broader discussion, it is undeniable that one issue has taken center stage: bathrooms. With this in mind, we offer in this post an overview of the legal issues underlying the public debate. Though a bit lengthier than our typical post, we believe those who follow REGucation will find it a worthwhile read.

In April 2016, a divided panel of the Fourth Circuit Court of Appeals became the first circuit court to address the bathroom issue directly in G.G. ex rel. Grimm v. Gloucester County School Board. In that case, which, as noted above, may soon be reviewed by the Supreme Court, a student whose birth gender was female and identified as a boy sued the school district over a policy that required students to use the bathroom consistent with their birth sex.  Reversing the district court, the Fourth Circuit gave great deference to the Department’s interpretation of Title IX and opined that because the statute “is silent as to which restroom transgender individuals are to use,” the Department’s interpretation was enforceable.

While the arguments above swayed the Fourth Circuit in Grimm, those who disagree with the Department’s interpretation of Title IX have articulated numerous legal arguments of their own. First, opponents of the Department’s interpretation argue that Title IX’s prohibition on sex discrimination does not apply to the differential treatment of transgender students. They assert that the term “sex,” as opposed to “gender,” is primarily (or wholly) defined by an individual’s reproductive organs. This interpretation was also taken by the dissenting judge in Grimm. The judge stated that when Title IX was enacted, “virtually every dictionary definition of ‘sex’ referred to the physiological distinctions between males and females, particularly with respect to reproductive functions.”

Opponents of the Department’s position also observe that this interpretation of the word “sex” is reflected in Title IX (20 U.S.C. § 1686), as well as in the Department’s implementing regulations (34 C.F.R. 106.32(b), 106.33), which allow for the provision of “separate toilet, locker room, and shower facilities on the basis of sex, but such facilities provided for students of one sex shall be comparable to such facilities for students of the other sex.”  The separated bathrooms expressly allowed under Title IX, they observe, are thus permitted based on a person’s birth sex, not gender. Reflecting on this point, the dissenting judge in Grimm concluded that, by changing the definition of “sex” to “gender identity,” the majority’s interpretation would never actually allow schools to use separate bathrooms based on “sex” as the law permits.

Perhaps the most significant and hard-fought argument opposing mandated transgender-inclusive bathrooms in schools concerns the constitutional right to bodily privacy. The Department has adopted a position, as explained above, that leaves no room for differential treatment based on specific circumstances.  As we noted in our post from last July, the Department takes the view that “an institution’s obligations under Title IX are not impacted by the nature of the gender transition (i.e., male to female or female to male), nor by the degree to which the transition has been completed, or completed successfully. Similarly, there is no requirement that an individual demonstrate that any medical steps have been taken to facilitate a transition, or that the stated gender is sincerely held or otherwise inherent to the individual’s identity. The Department even discourages the notion that concerns of potential harassment or harm to a transgender individual might justify discriminatory treatment. The Department’s view is simply that the institution should, in all respects, treat the student or employee consistent with his or her gender identity, as articulated by the individual.”

Those who oppose this position believe there is something different about bathrooms. In Johnston v. University of Pittsburgh, a 2015 case decided after relevant guidance from the Department was issued, but before Grimm, a district court in Pennsylvania ruled a transgender male student at a university was not allowed to use the bathroom that was consistent with his gender identity. The court concluded that the “need to ensure the privacy of its students to disrobe and shower outside of the presence of members of the opposite sex” allowed the school to have a bathroom policy based on an individual’s birth sex. When weighing the interests of the parties, the court noted:

On the one hand is Plaintiff's interest in performing some of life’s most basic and  routine functions, which take place in restrooms and locker rooms, in an environment consistent with his male gender identity. On the other hand is the University’s related interest in providing its students with a safe and comfortable environment for performing these same life functions consistent with society’s long-held tradition of performing such functions in sex-segregated spaces based on biological or birth sex.

In further support of this argument, those opposing the Department’s interpretation of Title IX cite cases concerning an individual’s right to not be strip-searched in schools, and also in prisons when the investigator is of the opposite sex. Such cases have emphasized that students have “privacy interests in their unclothed bodies,” and that the facilities in question are locations of “heightened privacy.”

Even as the Supreme Court considers whether to review Grimm, both sides are attempting to advance their position through litigation. There is the standoff between North Carolina and the Justice Department over the State’s recent law banning transgender individuals from using restrooms, locker rooms, and changing rooms in state facilities based on their gender identity.  In early summer, more than 20 other states also filed suits challenging the Department’s position.  And in late July, two group of transgender high school students in Maryland and Wisconsin filed suits in federal court because they were prohibited from using restrooms that matched their gender identities.

Perhaps in the coming days, the high court will at long last offer its own thoughts on the matter.

Special thanks to summer associate Jesse Doggendorf, who contributed significantly to this post.