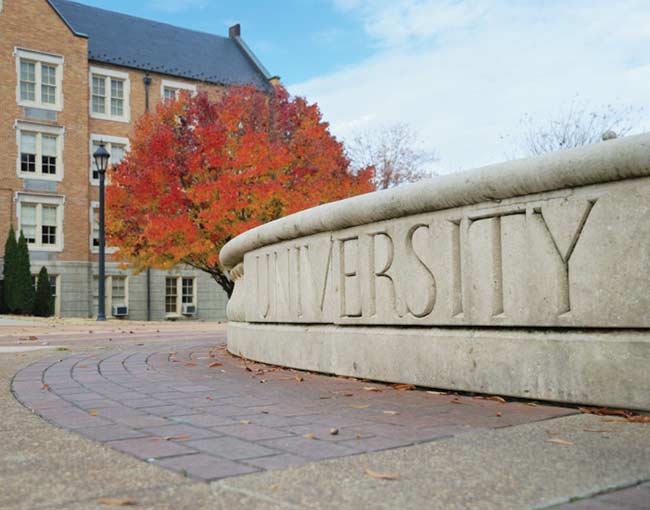 For nearly a decade, the U.S Department of Education (ED) has worked to formulate a rule addressing when institutions with distance education programs must be authorized by the states in which they enroll online students. Though simple in concept, crafting the “State Authorization Rule” has proven complex and controversial, as evidenced by a series of rulemakings, multiple lawsuits, and abundant, public criticism. Most recently, an interpretation of the rule threatened to render online students in California ineligible for federal financial aid. Following, we consider the current status of the Rule, discuss the drama in California, and offer thoughts for those charged with bringing their institutions into compliance. For those interested in revisiting this rollercoaster rulemaking, we’ve also included with this post a rulemaking timeline that details the significant events that have occurred since 2010, when the first version of the Rule was introduced.

This feeling, however, was far from universal. In August 2018, the National Education Association and the California Teachers Association sued the Department in the U.S. District Court for Northern California, asserting that the delay violated the Administrative Procedures Act. On April 26, 2019, the U.S. Magistrate Judge considering the matter ruled against the Department and vacated the current administration’s delay, staying the vacatur for 30 days to minimize disruption. The court held that ED should have conducted a negotiated rulemaking before delaying the 2016 Rule and that the agency did not have sufficient cause to forgo the process. A month later, on May 26, 2019, the 2016 State Authorization Rule took effect.

For the next two months, there was no communication from the Department regarding the Court’s decision, and there seemed to be limited recognition in higher education circles that the 2016 Rule had abruptly become effective. Then, on July 22, 2019, the Department posted an Electronic Announcement acknowledging that the 2016 State Authorization Rule took effect on May 26, 2019. A formal acknowledgement of the 2016 Rule’s effectiveness was published in the Federal Register a few days later.

As many are aware, ED’s July 22nd Electronic Announcement included as an attachment a brief “Q&A” document that made the following provocative assertion:

“[U]nder the 2016 regulation now in effect, students residing in California receiving distance education or correspondence courses from out-of-state public or non-profit institutions are ineligible for title IV programs until such time as the State of California provides those institutions with an appropriate complaint process or enters into a reciprocity agreement.”

This conclusion flowed from a regulatory quirk, unique to California, which left certain students in the state without access to a complaint process. California law generally requires out-of-state schools enrolling California residents in online programs to register with the Bureau for Private Postsecondary Education (BPPE). Once that registration is in place, the BPPE accepts and reviews complaints from the in-state students of those out-of-state institutions. However, out-of-state accredited public and non-profit schools are exempt from the registration requirement and can enroll students without oversight from the BPPE, with the result that their California students do not have access to the BPPE complaint mechanism. It so happens that California also is the only state that continues to decline participation in the State Authorization Reciprocity Agreement (SARA). SARA has a complaint process in place for online students residing in participating states. But online students in California lack access because the state does not participate in SARA.

Thus, the practical result of the BPPE exemption, combined with California’s decision to decline membership in SARA, is that students residing in California who are enrolled in out-of-state accredited public and non-profit schools did not have a clear path to lodge formal complaints, as required under the 2016 State Authorization Rule. Consequently, at least with respect to their California students, these schools were unable to establish Title IV eligibility under the 2016 Rule.

Following much wailing and gnashing of teeth, the California Department of Consumer Affairs announced on July 29, 2019, that it has created and implemented a process for accepting and handling complaints from students at out-of-state public and non-profit institutions. ED issued a formal acknowledgement of California’s efforts on August 2, 2019 (obtained by Politico and published here) and confirmed that California students will not experience an interruption in their Title IV student aid. While ED found that California’s proposed solution still presented problems, it “assume[s] that California will modify its plan” to address these issues, thus verifying that the “California Conundrum” has been satisfactorily resolved.

Insofar as the drama with California has heightened awareness that the 2016 State Authorization Rule is now in effect, we think it has served a valuable purpose. As we noted above, in the period since May 26th, there seems to have been limited awareness in the higher education community that the 2016 Rule is now effective.

Even with this knowledge, some may question whether it is worth expending significant institutional resources to comply with a regulation that may have a very limited shelf life. As detailed in our attached rulemaking timeline and noted above, the current administration initiated a negotiated rulemaking last year for the purpose of creating a new 2019 State Authorization Rule. The proposed 2019 Rule was published in the Federal Register on June 12, 2019. Should ED promulgate a final version of the 2019 Rule on or before November 1, 2019, it would become effective July 1, 2020, and at that time would replace the 2016 State Authorization Rule discussed above.

Moreover, it is likely that ED could designate all or part of the 2019 State Authorization Rule for early implementation (as it did in July with its 2019 Gainful Employment Rule). Importantly, in its August 2nd letter regarding California, ED stated that it intends to publish the new 2019 regulations for early implementation as soon as possible. If ED promulgates its final 2019 State Authorization Rule in October, as it has indicated it intends to do, and designates it for early implementation, schools might be able to cease complying with the 2016 Rule as early as this fall. An administrator faced with creating a compliance system might be forgiven for wondering whether the cost of compliance is justified.

We suggest that it is. In addition to establishing requirements for state authorization, the 2016 Rule also imposes significant student disclosure requirements on institutions offering online programs, especially where graduates of those programs will seek some form of licensure (e.g., teachers, health professionals). Failing to comply with these requirements could lead to state administrative action, private consumer protection complaints, or borrower defense claims, in addition to prompting an ED review. And keep in mind that this exposure will continue to persist, even after the 2019 State Authorization Rule is put into place. A student who failed to receive a required disclosure during the timeframe the 2016 Rule was in effect could bring a consumer protection action, or claim a borrower defense discharge, well after the 2016 Rule has been displaced. Similarly, ED could sanction an institution for non-compliance months or years after the fact.

Preparing for the 2019 State Authorization Rule

Another reason to invest in compliance with the 2016 Rule is because it will make compliance with the 2019 State Authorization Rule that much easier. The proposed 2019 Rule would require that institutions have authorization (directly or through a reciprocity agreement) in the state in which a student is located. A student’s location would be determined at enrollment, and thereafter, when the student reports a location change. This is considered by many in the distance education community to be a significant improvement over the 2016 State Authorization Rule, which problematically ties authorization to the student’s state of residence. But either way, institutions will have to create and maintain control systems that enable them to ascertain and monitor the residence/location of their online students, and to promptly inform students if they move to a state where the school may lack authorization.

To the great relief of many postsecondary administrators, the bulk of the burdensome distance education disclosures required under the 2016 State Authorization Rule would be jettisoned entirely by the proposed 2019 Rule, with the understanding that much of the information that must be disclosed under the 2016 Rule already must be disclosed under other sections of the law. On the other hand, disclosures relating to professional licensure not only would remain, they would be applied to all programs, without regard to whether they are offered online or on ground. Consequently, time invested by institutions in complying with this aspect of the 2016 Rule will be time very well spent.

Researching, creating, and monitoring accurate disclosures relating to professional licensure is a complicated and time-intensive undertaking. In the online setting, even where a school is making every effort to provide such information, it can be an extraordinarily difficult task. Professional licensure standards can be complex, and vary from one jurisdiction to the next. They also change with regularity. Consider, for example, a school that offers an online Master’s in Education and enrolls students from across the United States. The institution would need to master, and stay abreast of, the teacher certification requirements in every jurisdiction where it has a student, and ensure that its advisors can accurately communicate to prospective and current students whether the program will permit them to obtain licensure in their home state. Schools that fail in this effort could be subject to regulatory action, claims of misrepresentation under consumer protection statutes, or both.

As the 2019 State Authorization Rule moves toward finalization, we recommend that institutions pay particular attention to the professional licensure disclosure requirements. Should the final rule indeed contain requirements of this sort, institutions will want to coordinate academic, admissions, and compliance personnel to ensure that accurate determinations are being made regarding the professional licensure requirements in various jurisdictions, and that this information is being effectively communicated to prospective and current students.

A little something to help you on your way

In an effort to assist institutions as they work to comply with the 2016 State Authorization Rule, we’ve developed the attached chart, which summarizes the disclosure requirements. In April of last year, we also hosted a webinar that explored the 2016 Rule in detail, considered many of the more nuanced issues, reviewed key guidance offered by ED in the preamble to the final rule, and offered some practical thoughts regarding implementation. We invite you to review the full presentation, which is available free and on demand.

Finally, we would welcome any questions or comments you might have regarding the status of the State Authorization Rule and how to go about complying with its various requirements.