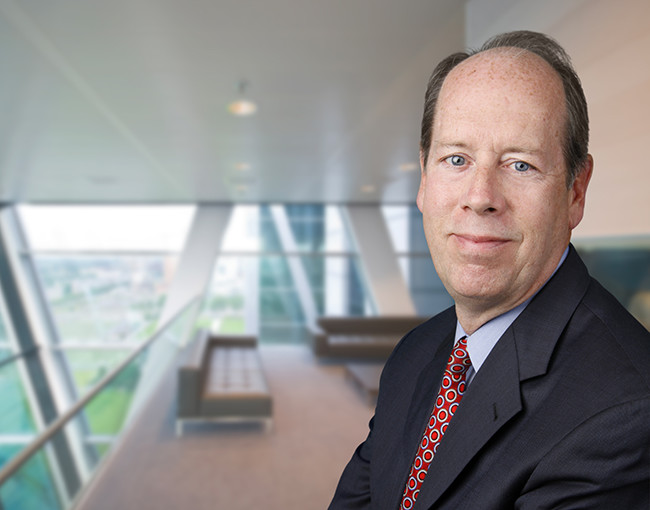 Ray is a member of the Corporate and Securities, Government Contracts and Tax practice groups.

He has over 25 years of experience in providing legal, financial, tax, transactional, merger and acquisition and capital formation services, with a particular emphasis in the services, technology, manufacturing, franchising and government contracting industries.

Also a CPA, Ray combines a strong legal background with a solid understanding of the financial consequences of business transactions, including management strategies that result in improved operational efficiency. He has assisted businesses in a number of different industries execute growth strategies through acquisition and integration. He often assists in the development of business plans and the financial structuring of start-up and middle-market companies. He has also devoted substantial time to a broad range of business transactions, including public offerings, private placements, debt restructurings, contract, lease and joint venture negotiations, investment target identification, due diligence and operations analysis.

Ray served as an Adjunct Professor in the Georgetown University Masters of Tax Program for many years, where he taught U.S. Taxation of International Operations.

On behalf of the owner of a $65 million Government Contractor:

Negotiated the sale to a public company, including due diligence, documentation and Hart Scott Rodino filings.

On behalf of a provider of wireless telecom services (voice, data and internet) to international markets:

Negotiated the sale of $10 million of international termination facilities to a public company, created a stock option plan, negotiated all strategic relationships in all the foreign markets and reviewed and revised all business plans and confidentiality agreements.

On behalf of an $50 million IT Government Contractor:

Sold a $10 million division, negotiated all employment agreements, launched an equity-raise effort, negotiated three acquisition transactions and settled a $6.5 million claim against the US Navy.

On behalf of a management team:

Negotiated a $20 million equity raise, conducted due diligence, negotiated employment agreements, non-competes and all other documentation leading to the purchase and consolidation of multiple fitness club franchises across the US.

On behalf of the owner of a $65 million Government Contractor:

On behalf of a $75 million Government Contractor:

Spun-off a $20 million division to Management, including due diligence and documentation.

Served as legal counsel to a group of senior technologists (formerly of Sun Microsystems, BEA Systems and PWC):

On behalf of a web-based portal for the alternative medicine industry:

Created the corporate structure and negotiated the purchase of an offshore medical clinic.

On behalf of the management of a $75 million government contractor:

Negotiated a completion bonus for sixteen executives exceeding $3 million upon the sale to a public company.

On behalf of the owner:

Negotiated the purchase of a $4 million IT Government Contractor, including due diligence and documentation.

On behalf of its owners:

On behalf of an $20 million IT Government Contractor:

In addition to handling all routine legal matters, renegotiated a senior debt facility with an international bank, negotiated and acquired a $40 million IT Government Contractor.

On behalf of a transportation technology company:

Assisted in negotiating a $35 million capital investment and handled all legal matters.

On behalf of a consortium of companies:

Sourced and negotiated a seed capital round, a $20 million senior loan and a $4 million subordinated loan for the purchase of 25 convenient store/gasoline stations.

On behalf of a number of foreign based companies:

Formed its US base of operations and provided tax and structuring advice and assisted in various acquisitions.

On behalf of a $20 million IT government contractor:

In addition to handling all routine legal matters, renegotiated a senior debt facility with an international bank, negotiated and sold a $10 million division, negotiated all employment agreements, launched an equity-raise effort, negotiated three acquisition transactions and settled a $6.5 million claim against the U.S. Navy and U.S. Air Force.

On behalf of the owner of a $65 million government IT company:

On behalf of a $20 million commercial and government IT solutions company:

In response to the exploding markets in the Peoples Republic of China (PRC):

Developed a niche in assisting U.S. companies that are interested in doing business in the PRC, as well as PRC-based companies that wish to access the U.S. business and capital markets.