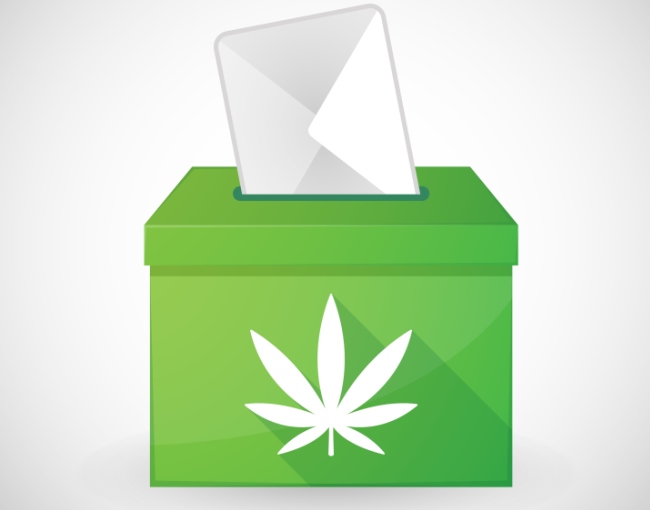 Legal cannabis programs continue to spread to more states with every election cycle. On Nov. 8, 2016, Arkansas, Florida, Montana and North Dakota passed laws legalizing cannabis for medical uses, while California, Nevada, Maine and Massachusetts passed laws legalizing cannabis for adult recreational use. Although each state’s legislation varies, to date, more than half of states and the District of Columbia have legalized the use of cannabis for medical and/or recreational use. This latest spate of legalization only accelerates the industry’s already fast-paced growth, with the Cannabis Business Times predicting that the legal cannabis market may exceed $7 billion this year.

As legal cannabis becomes more readily available to Americans, it highlights an increasingly strained divide between state and federal regulation. The federal government’s position remains unchanged: Cannabis, unless approved as a new drug, is a Schedule I controlled substance and subject to criminal penalties. Despite an apparent overwhelming consensus by states that cannabis should be legalized, taxed and regulated like a business, the federal government has refused to change its position, despite its recent opportunity to do so when it rendered its decision on the cannabis descheduling petition.

The federal government cemented its view on cannabis in August 2016 when the DEA responded to a letter from eight U.S. senators requesting the agency revisit the Schedule I status of cannabis. In its response (including Federal Reporter entries here and here), the DEA turned in large part to the FDA for information on the current state of cannabis research and its input on descheduling. In short, the FDA found that, while there are cannabis-derived drugs approved and at least two others in clinical trials, there is insufficient clinical data on the effectiveness and safety of cannabis treatments, particularly for the myriad of conditions and uses that the cannabis industry advertises.

The DEA, after reviewing the FDA’s position, adopted a similar position and refused to reschedule or deschedule cannabis. The DEA, however, did open the doors for the cannabis industry to bring reliable, clinical and scientific evidence that cannabis is safe. The DEA has now begun accepting applications from cultivation centers to become approved NIDA sources for FDA-approved cannabis research. This change notwithstanding, cannabis remains a Schedule I controlled substance.

Criminal enforcement at the state and federal level

The increasing legalization of cannabis at the state level presents a conflict between state and federal law enforcement. On one hand, the federal government views cannabis either as a drug requiring the approval process like any other drug, or as a controlled substance as defined in the Controlled Substances Act.

On the other hand, state law enforcement in states with cannabis programs must now deal with those in possession of cannabis under state standards for its legal use. Mentioned earlier, the Cole Memorandum initially set a minimum bar for states: In states with “strong and effective regulatory and enforcement systems that will address the threat those state laws could pose to public safety, public health and other law enforcement interests,” and which “provide for regulation of marijuana activity and provide the necessary resources and demonstrate the willingness to enforce their laws and regulations in a manner that ensures they do not undermine federal enforcement priorities,” the Department of Justice will allow local and state law enforcement agencies to address cannabis-related activity. In other words, so long as a given state has a robust cannabis regulatory system that is enforced, the DOJ will not prosecute under federal law those who adhere to state regulatory systems.

This memorandum did not carry the force of law, however, and was generally nonbinding on the DOJ. This changed in 2014 when Congress passed as part of a $1.1 trillion spending bill, the Rohrabacher-Farr medical marijuana amendment. This amendment effectively gives the Cole Memorandum the force of law, limiting the ability of the Department of Justice and the DEA to prosecute those cultivating, dispensing or in possession of medical cannabis in a manner consistent with the statutes of a state where it has been legalized. This was later affirmed by the U.S. District Court for the Northern District of California in U.S. v. Marin Alliance for Medical Marijuana, 139 F.Supp.3d 1039.

For those states that have passed laws legalizing recreational cannabis, the Cole Memorandum, which is not law, is the only thing standing between state-legal consumers, dispensaries and cultivators and federal prosecution. Furthermore, in states that have not passed any sort of cannabis legalization, the federal government is free to pursue criminal charges on anyone in contact with cannabis products.

Although many states have decriminalized cannabis for various purposes, its status with the FDA has not changed. The status of cannabis as a Schedule I substance limits the FDA’s ability to open new opportunities for industry members. Access to cannabis for research purposes is limited, available only through the National Institute on Drug Abuse (NIDA), and its use is subject to significant FDA oversight and security controls. To date, only two cannabis-related drugs have been approved by the FDA: Cesamet and Marinol, and two substances are undergoing clinical trials, Sativex and Epidiolex. However, outside the realm of the individual molecules used in drugs, cannabis-derived products have no current legal use in the eyes of the federal government. The FDA specifically has stated that cannabis-derived products may not be used as dietary ingredients, and as a Schedule I controlled substance, cannot be used in foods.

In February 2015 and 2016, the FDA sent warning letters to industry members making various products, including CBD oil and pet foods. Many of these warning letters contained the same message: CBD and other cannabinoids, as cannabis extracts, are not approved drugs, nor are they approved dietary ingredients and thus not appropriate for use in drug or supplement products absent an approved new drug application (NDA).

So not only has the gulf between the states and the federal agencies widened with more states legalizing cannabis, the federal agencies themselves have created their own conundrum by first taking a strong stance that cannabis continues to be a controlled substance which is illegal yet refusing to prosecute violations of that law.

Without a change in the federal agencies’ position on cannabis, the gulf will continue to widen between state regulation and federal regulation. The answer is not and cannot be forcing the cannabis industry to file new drug applications with the FDA for use of cannabis. This very notion runs afoul of the state movement.

Although there are those who believe that if the two cannabis-based drugs in clinical trials are approved for prescription use, more new drug applications will follow, this is an expensive and time-consuming endeavor, which the states have already set aside, as evidenced by the legalization of cannabis.

The cannabis industry may have to consider forcing the federal hand by providing credible data on the safety of cannabis as it was invited to do in the DEA decision, in addition to the continuing to support the groundswell of approval at the state level. At some point, in the near future, the state regulatory position and the federal position will have to be reconciled. The industry can and should prompt that reconciliation by a clear united message to federal lawmakers. Without that, it remains unlikely that agencies, such as the FDA, will change its position on cannabis. A lack of change will inhibit market growth and prevent the cannabis industry from reaching its potential.

In addition, the uncertainties of the new administration leadership is itself contradictory. President-elect Trump has indicated most recently that he would leave regulation of cannabis to the states while some of his closest advisers have openly opposed legalization of cannabis. Ultimately, it may end up in the hands of the courts.

Thompson Coburn has a team of attorneys experienced in the regulation of FDA-controlled substances and industries, as well as consulting the cannabis industry on regulatory compliance. If you have a cannabis-related business and have any questions about this blog post or anything else related to the FDA, please feel free to contact one of our team members.