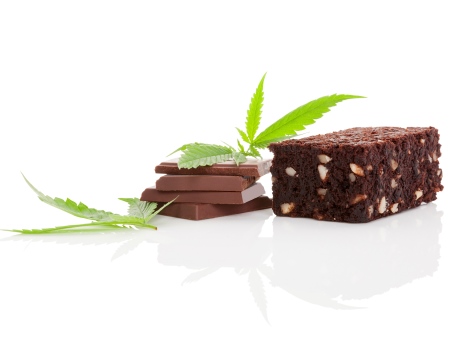 The end of legalized recreational cannabis under President Trump?

Ever since President Trump took office, the cannabis industry has been holding its breath to see how the new administration would handle the burgeoning field. President Trump’s previous statements about cannabis have been mixed, though he has generally recognized value in medical use and, during the campaign, stated he would leave cannabis to the states.

However, with the appointment of Alabama Sen. Jeff Sessions as U.S. Attorney General, the industry grew concerned, understandably, as Sessions has long opposed legalized cannabis. On February 24, the administration’s position was clarified, casting a potentially bleaker future for recreational cannabis. During a morning press conference, the administration’s press secretary, Sean Spicer, offered some details on how President Trump’s White House, and Sessions’ Department of Justice, would approach cannabis.

I’ve said before that the President understands the pain and suffering that many people go through who are facing especially terminal diseases and the comfort that some of these drugs, including medical marijuana, can bring to them. And that's one that Congress ... put in an appropriations bill saying the Department of Justice wouldn’t be funded to go after those folks.

There is a big difference between that and recreational marijuana. And I think that when you see something like the opioid addiction crisis blossoming in so many states around this country, the last thing that we should be doing is encouraging people. There is still a federal law that we need to abide by in terms of ... recreational marijuana and other drugs of that nature.

So I think there’s a big difference between medical marijuana ... in accordance with the appropriations rider, have set forth a process to administer and regulate that usage, versus recreational marijuana. That’s a very, very different subject.

This response indicates that, while respecting the Rohrabacher-Farr Amendment to the 2014 appropriations bill, it may cast doubt on the continued validity of the 2013 and 2014 memoranda from then-Deputy Attorney General James Cole.

At the end of 2014, the U.S. federal government, facing a contentious budget debate, passed a massive multitrillion dollar appropriations bill containing the amendment which bars money budgeted for the Department of Justice from being used to prosecute individuals or companies in states where a legal medical cannabis program has been implemented.

This amendment is set to automatically expire each year if not extended, and in 2016, the amendment was extended. It is soon due for its 2017 extension, as it expires on April 28. Importantly, the amendment does not apply to recreational programs. The only protections recreational programs may have come from the Cole Memorandum. Furthermore, if the new administration and Congress decide not to renew the Rohrabacher-Farr Amendment, the entire U.S. cannabis industry could be subject to federal prosecution. That said, the administration’s general support of medical cannabis indicates this is unlikely.

The fate of recreational cannabis

The apparent position of the new administration as to recreational cannabis raises a host of legal issues for the recreational side of the cannabis industry. Keep in mind that at all times, despite the Cole Memorandum and the Rohrabacher-Farr Amendment, cannabis was a Schedule I controlled substance. As a conflicts of law question, it is clear that under the Supremacy Clause in the U.S. Constitution, federal law will trump state legalization. In fact, there are concerns being raised about whether, as a fallout of enforcement actions, the federal government could in fact bring RICO claims against recreational businesses.

What’s next: The White House, Sessions and the future of cannabis

Following Spicer’s statements at the press conference, Attorney General Jeff Sessions made a series of statements on February 28, including his views on cannabis. Specifically, he stated, “My view is, crime does follow drugs ... and I am dubious about marijuana, and states can pass whatever laws they choose, but I’m not sure we are going to be a better, healthier nation if we have marijuana being sold on [sic] every corner grocery store. I just don’t think that’s going to be good for us.” Sessions stated, as he has in the past, that he does not support marijuana legalization generally. He also indicated that the Cole Memorandum is under review.

While it might be tempting to read the tea leaves and predict that recreational cannabis might go up in smoke under increased DOJ prosecution, particularly given Sessions’ statements regarding the Cole Memorandum, the state of the law and the Cole Memoranda raise significant legal issues.

In his comments, Spicer indicated that the DOJ would review what actions it could take in light of the federal government’s new position. Sessions has indicated that the DOJ is crafting new policies addressing recreational cannabis. It is likely that at least part of the DOJ’s actions could include issuing yet another Cole-type memorandum redacting the position that federal funds will not be used to enforce the Controlled Substances Act (CSA) in states with legalized cannabis and, instead, clearly stating that recreational cannabis is a federal crime and the CSA will be enforced for recreational use.  Although the next steps by the DOJ are not clear, what is clear is that companies that are engaged in both medical and recreational cannabis need to move swiftly to insulate medical cannabis business assets from the recreational businesses.

If you have any questions about this or any other topic on Tracking Cannabis, please feel free to reach out to any member of our team.