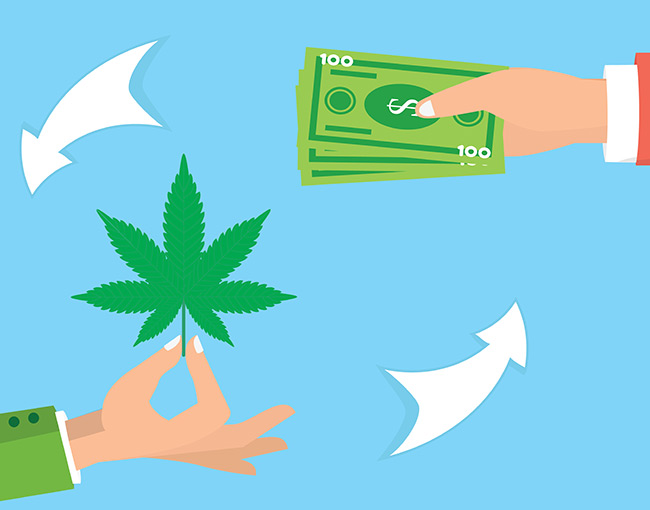 As many cannabis industry watchers know, one of the primary challenges still facing cannabis businesses is access to capital, as we have discussed previously on Tracking Cannabis. Heavy regulation in the industry and restrictions limiting traditional financial channels, such as banks, from providing growth capital to cannabis-related businesses exacerbate these challenges.

As the industry has grown, public offerings through reverse mergers coupled with private investments have become more popular as a potential way to raise much-needed capital. Often known as an “Alternative Public Offering,” a cannabis company would merge with a dormant public company while, concurrently with the merger, a private investor makes an investment into the now public company.

Recently announced deals by NanoSensors, Inc. with Perspective Technologies, LLC and Toro Pacific Management Inc. with Deploy Technologies Inc. (for the securities of Nevada Medial Group LLC) reflect this ongoing trend in the cannabis market, which is, however, not without risk to both cannabis companies and prospective investors.

As part of the reverse merger transaction, the now combined public company files a Current Report on Form 8-K with the SEC (which is used to report material news between quarterly and annual required filings), which includes all material disclosures about the reverse merger, the private company and historical financial statements (as even a public company’s shares are subject to significant trading restrictions unless currently public information is available).

The costs to the cannabis business include the legal, accounting and filing costs associated with the merger with the public company, as well as the fact that the owners of the shell company will typically require ownership of a significant portion of the combined company. As the public company is required to continue to provide current (typically quarterly) financial and other information in order for its shares to continue to be traded, the ongoing financial expense for a public company is quite significant.

It is worth noting that filing the Form 8-K only achieves the registration of a class of securities, rather than any specific individual securities issued (including those resulting from the merger); thus, these companies are still required to register individual shares with the SEC each time it seeks to raise funds through a public sale of its shares.

Because this 8-K registration leaves these cannabis companies in much the same position as if they were still a private company, private investments in public equity (commonly referred to as PIPE) transactions are commonly used in conjunction with the reverse merger. In essence, a PIPE transaction is a transaction under which shares of a public company are sold in a private placement but subject to a promise to register those shares after some agreed period of time following the sale.

In process, the publicly reporting company would sell restricted shares to a relatively small number of investors in a private placement with all parties agreeing that such proceeds, or a portion thereof, would finance the preparation and filing of a Form S-1 registration statement with the SEC (which is the typical form required to be used by non-seasoned issuers, and the form requiring the most information), under which the shares issued in the placement are in effect registered, and often additional shares are also sold to the public.

Shares in the private portion of the PIPE are usually sold to investors at a discount price because the shares are not registered and are therefore less liquid. Nonetheless, the funds generated by the PIPE can provide crucial financing without diverting significant operating capital from the company’s balance sheet. PIPEs can also provide private equity investors with access to the cannabis market and offer issuers an opportunity to receive unlevered capital and to add savvy investors to their executive teams.

Public offering may not be the answer

While the use of reverse mergers continues, including by cannabis related companies, there remains a potential stigma of fraud, or at least inadequate information, in connection with such transactions. In May 2014, the SEC’s office of Investor Education and Advocacy issued an Investor Alert concerning the potential risks involving registered cannabis companies, including the lack of public information. The SEC also cautioned about some of the players involved in microcap (also known as ‘penny stock’) companies in the field.

It would be unfair and wrong to suggest all new public reporting cannabis companies are suspect.  However, one should consider whether the cost of being “public” through a reverse merger is warranted in all cases. In consideration of the risks identified by the SEC, there is little assurance that a cannabis company will necessarily gain liquidity through a reverse merger with a public company.

It has been reported that there are more than 200 public reporting companies with at least some level of cannabis industry-related business in large part due to reverse mergers, but only a few have effective registration statements on file that allow them to offer and sell unrestricted “public-company” shares to the public. Some have criticized reverse mergers for providing relatively little assurance to investors about the new entity’s capital and financial structure, because the process does not require the filing of a SEC reviewed registration statements and the corresponding rigorous disclosures involved in an IPO.

If cannabis companies were able to access traditional funding sources and receive an underwriter’s stamp of approval, S-1 registration would seemingly benefit companies seeking to attract professional investors and greater capital, and it would benefit the investors who could then use the public offering registration prospectus to evaluate the merits of an offering and make more educated investment decisions.

It is also worth noting that few, if any, cannabis sales or cultivation companies are listed on U.S. securities exchanges or markets (such as the New York Stock Exchange or NASDAQ). While a company can have public securities without them being exchange listed (those shares are often traded on certain facilities offered by the OTC, including their “Bulletin Board” system) the failure to be listed on an exchange greatly limits the liquidity, analyst coverage, and the potential purchasers for those securities. Canada has similar public registration requirements and a few Canadian cannabis companies are already listed on the Toronto Stock Exchange, which has helped Canada’s cannabis market expand at a rapid pace.

Despite the federal prohibition on the sale of marijuana and the White House’s mixed signals on enforcement, many are betting there is interest and opportunities in publicly held cannabis businesses. In fact, investments in Canadian listed cannabis businesses helped an Australian fund soar 145 percent in 2016 – making it the world’s best-performing hedge fund according to Bloomberg.

Industry investors are watching the numbers as the U.S. legalized cannabis industry’s revenue hit $6.7 billion last year and may surpass $20 billion in five years. Nonetheless, investors are likely to remain cautious because until there is significant change in federal law, such as an amendment or repeal of the Controlled Substances Act of 1970, and one can expect that cannabis companies hoping to register and widely trade their securities will continue to face challenges raising necessary capital.

While an Alternative Public Offering structure may offer some benefits to potential cannabis companies or their potential investors (especially as more traditional investment structures may be limited), the structures have reputational and other issues that need to be considered, and the costs associated with reverse mergers may not in all cases be justified by the actual benefits.

Partners Barry Fischer and Kevin Young are members of the firm’s corporate and securities practice and cannabis industry team.