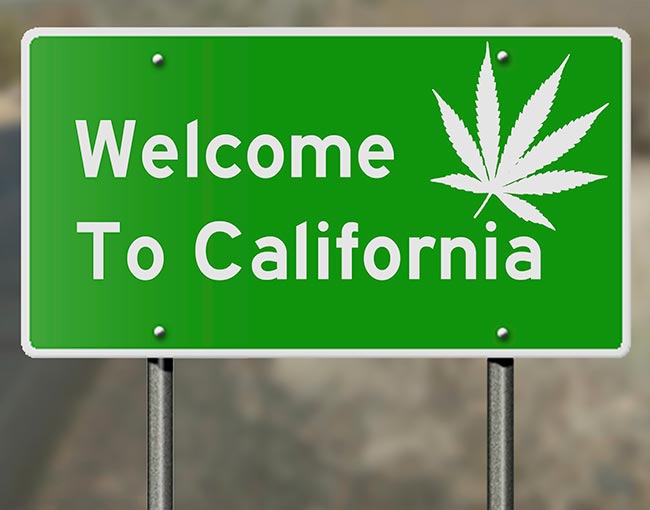 In one of the most significant milestones in the history of marijuana legislation, Los Angeles’ City Council recently released its proposed regulations governing commercial cannabis activity in the city. Simultaneously, the Department of City Planning released a draft ordinance proposing land use and sensitive use requirements for commercial cannabis activity in Los Angeles.

The releases mark the next step in the city’s effort to create a comprehensive framework for licensing and regulating cannabis businesses in the wake of recent voter-passed marijuana measures. Most notably, Proposition 64, known as the Adult Use of Marijuana Act (previously summarized in this Tracking Cannabis post), was passed by California voters in November 2016, legalizing recreational marijuana. The finalized requirements are expected to have a significant impact on local marijuana regulation throughout the state and across the country as lawmakers turn to Los Angles for guidance in establishing their own regulations.

The release commenced a 60-day public comment period (ending on Aug. 8, 2017) during which time the City Council will refrain from taking any further action. City councilmembers urged residents, civic organizations and business groups to provide public comments and recommendations to the council.

“We need your help in coming up with a final version of these requirements and draft ordinance(s),” wrote City Council president Herb J. Wesson, Jr. and three other councilmembers in a letter attached to the proposed regulations, “and we are eager to receive your suggestions.”

The public comment period is mandated by Proposition M, which was passed by Los Angeles residents in March 2017 with more than 80 percent voter approval. The measure required City Council to convene public hearings and engage in a robust deliberative process prior to enacting marijuana regulations.

How we got here

In 2013, Los Angeles voters passed Proposition D (also known as the Medical Marijuana Regulation and Taxation Ordinance) which prohibited marijuana businesses in the city but granted to certain qualifying businesses a “limited immunity” from the enforcement of the prohibition. An estimated 135 medical dispensaries qualified for the limited immunity, while hundreds of other businesses opened and operated illegally.

Proposition M repealed Proposition D and authorized the City Council to create a new cannabis regulatory framework. The measure called for the adoption of a “comprehensive regulatory process and structure for all cannabis related activity by Sept. 30, 2017.” The proposed rules, released on June 8, 2017, are the most significant step in creating this framework and replacing the much maligned Proposition D. The release was praised by many advocates in the cannabis industry, including Virgil Grant, president and co-founder of the Southern California Coalition, who called it “a positive step towards fully licensing and regulating the cannabis industry in Los Angeles.”

Obtaining a certificate of compliance

Under the proposed framework, to legally conduct and engage in commercial cannabis activity, a business must first apply for and obtain a Certificate of Compliance from the city’s Cannabis Commission. Dispensaries operating legally under Proposition D and certain non-retail cannabis businesses are eligible to obtain a provisional certificate to continue operations while applications are being processed and reviewed.

The proposed regulations call for applications to be processed in four phases. Priority is awarded to existing medical marijuana dispensaries that have operated in compliance with Proposition D and to non-retail applicants, such as indoor cultivation businesses and manufacturing businesses that opened prior to Jan. 1, 2016.

The draft regulations provide little guidance on how Social Equity Program eligibility will be determined, other than describing the program’s mission and objective:

“[The Social Equity Program will] be based on a social equity analysis aimed at promoting equitable ownership and employment opportunities in the cannabis industry in order to decrease disparities in life outcomes for marginalized communities and to address the disproportionate impacts of the war on drugs in those communities.”

The draft regulations propose automatically rejecting certain applications, including those submitted by a foreign corporation or by a person employed by an agency that enforces and regulates cannabis. Additionally, individuals convicted for violating any wages or labor laws within the past five years will be automatically rejected.

Retail cannabis businesses will be required to:

One of the most significant consequences of the proposed framework is the legalization of marijuana delivery in Los Angeles. Until now, the city has prohibited the delivery of marijuana and City Attorney Mike Feuer aggressively pursued delivery businesses, such as Nestdrop and Speed Weed, shutting down the Los Angeles operations of these companies.

The new regulations legalize cannabis delivery by licensed businesses that comply with delivery regulations, such as:

The proposed regulations prohibit any business from engaging in outdoor cultivation or mixed light cultivation. Indoor cultivation businesses must comply with environmental rules and limitations on power use, among other requirements.

Under the proposed rules, THC levels in manufactured products cannot exceed 10 mg per serving and 100 mg per package. Manufacturers, like all cannabis businesses, must install air filtration and ventilation systems to neutralize odors so that no odor is present beyond its exterior walls.

According to the Department, one of the purposes of the ordinance is to reduce the negative impacts and secondary effects associated with commercial cannabis activity in Los Angeles, including “neighborhood disruption and intimidation caused in part by increased transient visitors, exposure of school-age children and other sensitive residents to cannabis, cannabis sales to minors, and violent crimes.”

The draft rules would restrict dispensary and retailer commercial cannabis activity to primarily commercial and manufacturing zones. Cannabis cultivation, manufacturing, testing and distribution activity would be primarily limited to the city’s manufacturing zones. Dispensaries and other retailers cannot, under the proposed ordinance, open within 800 feet of schools, public libraries, parks, drug and alcohol treatment facilities or other cannabis retailers. In connection with the proposed ordinance, the department released maps reflecting the areas in which cannabis retail and manufacturing/cultivation activities will be permitted.

As the largest city in California, where the cannabis industry (according to a recent study by the University of California Agricultural Issue Center at UC Davis) is predicted to become a $5 billion industry, Los Angeles has emerged at the forefront of marijuana policy and legislation. As municipalities throughout the state prepare to legalize sales of recreational cannabis under Proposition 64, industry experts predict that other cities in California will look to Los Angeles’ regulations as a basis for enacting their own laws.

Hezekiah Allen, president of the California Growers Association, said “robust local policies in Los Angeles are critical to the success of regulated cannabis in the entire state of California.” With Los Angeles’ City Council actively seeking public feedback for its proposed regulations, the ongoing public comment period marks a crucial time for the future of marijuana policy and legislation.