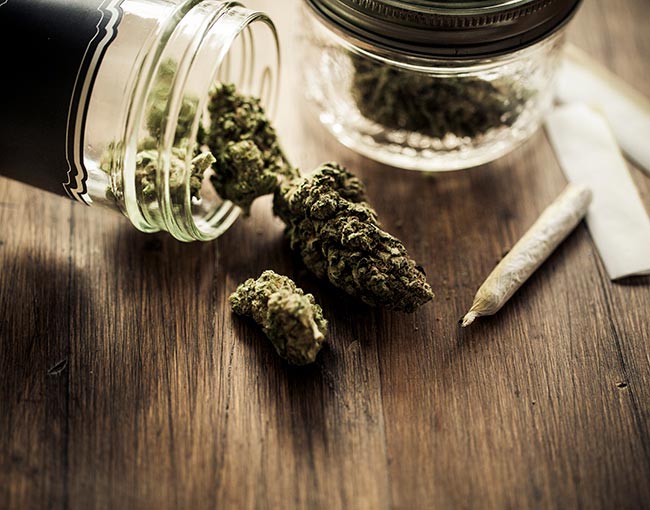 Cannabis at work: An update for employers

The legalization of cannabis in California raises significant questions as to whether employers can enforce policies prohibiting cannabis use by employees. Recent California legislation provides employers with the right to do so, even if the employees’ use occurs outside of work and does not impair performance.

Generally, an employer’s anti-cannabis policy should explain why the restriction promotes the legitimate business interests of the company. However, cannabis businesses must be careful when drafting such policies to comply with applicable regulations without self-imposing liability on the employer.

California legalized the use of marijuana for medical purposes under the Compassionate Use Act of 1996. Health & Safety Code §11362.5. In November 2016, Californians passed Proposition 64, also known as the Adult Use of Marijuana Act (AUMA), a ballot measure allowing the possession and use of moderate amounts of marijuana for recreational purposes. In June 2017, California enacted the Medical and Adult-Use Cannabis Regulation and Safety Act (MAUCRSA), which effectively repealed the Medical Marijuana Regulation and Safety Act, discussed previously on Tracking Cannabis.

AUMA and MAUCRSA both favor employers to impose anti-marijuana policies. One of the enumerated purposes of Proposition 64 is to “allow public and private employers to enact and enforce workplace policies pertaining to marijuana.” AUMA §3(r). MAUCRSA expressly states that the legalization of cannabis use does not (i) restrict the rights of employers to maintain a drug free workspace, (ii) require an employer to permit or accommodate cannabis use in the workplace, or (iii) affect the ability of employers to have policies prohibiting the use of cannabis by employees and prospective employees. See MAUCRSA §133, amending Health & Safety Code §11362.45.

These statutes align with the position taken by the California Supreme Court. In Loder v. City of Glendale (1997) 14 Cal. 4th 846, the court determined that employers have the right to undertake pre-employment drug testing “in light of the well-documented problems that are associated with the abuse of drugs and alcohol by employees – increased absenteeism, diminished productivity, greater health costs, increased safety problems and potential liability to third parties, and more frequent turnover.” The ruling held that the California Fair Employment and Housing Act does not require employers to accommodate the use of illegal drugs.

In 2008, the California Supreme Court considered whether an employer could fire an employee who failed a pre-employment drug test after he disclosed that, at his physician’s recommendation, he was using medicinal marijuana for back spasms as a result of injuries suffered while serving in the Air Force. Ross v. RagingWire Telecommunications, Inc., 42 Cal.4th 920 (2008). Four State Supreme Court justices sustained the dismissal of the complaint, finding that neither the Compassionate Use Act nor the accommodation requirements of the Fair Employment & Housing Act applied.

But two dissenting justices noted that the majority opinion permits an employer to fire the employee for marijuana use, even when it occurs off-hours, does not affect the employee’s performance, does not impair the employer’s legitimate business interests, and provides effective relief for the employee’s medical condition. In their view, an employer must demonstrate that doctor-approved use of medicinal marijuana off-duty and off-premises is likely to impair business operations in some way or offer an alternative reasonable accommodation. Otherwise, they found discharge to be disability discrimination prohibited by the Fair Employment and Housing Act.

The dissenting position suggests that the court may eventually require employers to accommodate the use of medical marijuana unless such use affects the employee’s performance or impairs the employer’s legitimate business interests. This view may now be particularly sympathetic to the courts in light of the increased support for medical marijuana among the medical community and the general public in the past decade.

Thus, despite the enactment of laws permitting the prohibition of marijuana use among employees, employers will generally be well suited to incorporate language into their policies expressing the rationale behind their prohibition.

As discussed previously on Tracking Cannabis, employers in cannabis-related industries should carefully craft language in handbooks and drug-testing policies. To protect their own liability from the products they grow or sell, these practices should ensure that limitations on use and being under the influence at work do not, without more, suggest that marijuana-related consumption impairs productivity, affects safety, or promotes absenteeism. Additionally, policies and practices may not, under any circumstances, allow smoking marijuana anywhere where smoking of tobacco is otherwise prohibited.

Most municipalities expressly prohibit the consumption of cannabis on the premises of cannabis businesses. For example, Los Angeles’ proposed commercial cannabis regulations (summarized in a previous Tracking Cannabis post), which are currently subject to a public comment period ending on August 8, 2017, require businesses to monitor employee conduct to assure that employees do not consume cannabis on the premises and within the parking areas and require employers to post “No…Smoking of Cannabis” signs in and outside the business.

In the meantime, California employers in all industries may conduct pre-employment drug testing and refuse to employ individuals who test positive for marijuana use.