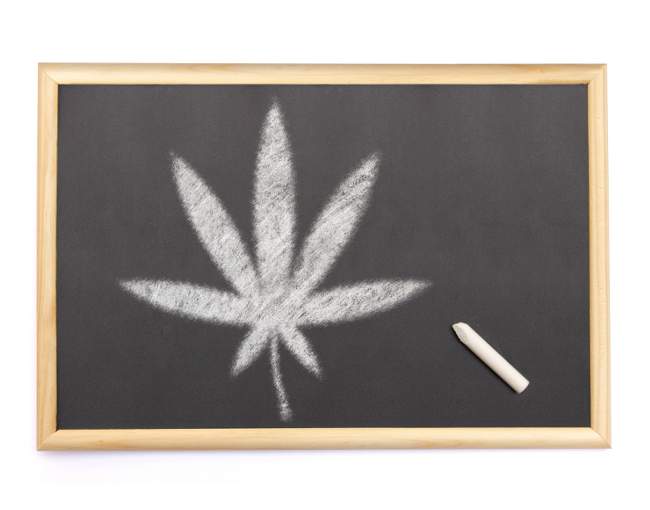 This article was originally published in the Expert Analysis section of Law360.

The fate of crucial federal legislation protecting medical cannabis producers, retailers and consumers from prosecution by the U.S. Department of Justice has recently become uncertain due to differences in House and Senate spending legislation. As Congress works to finalize the omnibus FY 2018 spending bill, a battle has emerged regarding the inclusion of the Rohrabacher-Blumenaur Amendment (formerly known as the Rohrabacher-Farr Amendment), which prohibits federal funds from being used to prevent states from implementing their own laws that authorize the use, distribution, possession or cultivation of medical cannabis.

While a pathway exists for the provision to be signed into law by the end of the year, there also exists the possibility of several developments that could result in its exclusion from the final FY 2018 omnibus spending legislation. If it is excluded, the DOJ and the agencies it administers, including the Federal Bureau of Investigations and the U.S. Drug Enforcement Administration, will be authorized, for the first time since the amendment was first enacted in 2014, to use federal funds to interfere with states where medical cannabis has been legalized.

To date, 29 states and the District of Columbia have legalized medical marijuana. Although two-thirds of all Americans live in such territories, cannabis remains illegal on the federal level due to its classification under the Controlled Substances Act (CSA) as a Schedule I drug, a designation awarded only to those substances considered the most dangerous.

Pursuant to the terms of the CSA, a Schedule I classification is only awarded to substances that (i) have a high potential for abuse, (ii) have no currently accepted medical use in the United States and (iii) lack accepted safety standards for use of the drug even under medical supervision. Heroin, LSD and bath salts are among the other substances classified as a Schedule I drug.

Cannabis’ Schedule I classification significantly impacts the entire industry, limiting the ability of marijuana businesses to obtain banking services and intellectual property protections, among other impediments. Although there currently exists proposed legislation that would legalize cannabis on the federal level, such as the Marijuana Justice Act proposed by Sen. Cory Booker, D-N.J., previous legislative attempts to reschedule have failed, as have efforts to do so by way of litigation. See United States v Pickard, 100 F.Supp.3d 981 (2015).

Further, U.S. Attorney General Jeff Sessions has made unequivocal statements condemning cannabis, removing virtually any chance of legalization under his tenure. Sessions has maintained his position despite the fact that numerous reputable polls, such as a recent survey conducted by CBS News, reveal that over 85 percent of Americans believe medical marijuana should be legal.

The federal policy on cannabis enforcement is guided by a memorandum issued in 2013 by the then-acting Deputy Attorney General James Cole. The Cole memo states that the DOJ’s position is to limit the use of federal resources by focusing its efforts on certain enforcement priorities of particular importance to the federal government.

These priorities include preventing (i) the distribution of cannabis to minors, (ii) driving while impaired due to cannabis consumption and (iii) cannabis possession or use on federal property. Attorney General Sessions has stated that the Cole Memo is under review, but to date has not adjusted or amended the policy.

The federal position on cannabis became further complicated on Sept. 26, 2017, when the acting administrator of the DEA, Chuck Rosenberg, announced his plans to step down from his position. Rosenberg strongly opposed the legalization of the cannabis industry, telling reporters in 2015 that medical marijuana “is a joke.” President Donald Trump has not yet nominated a successor to Rosenberg, an Obama administration appointee, so the DEA’s future position on cannabis related issues remains unclear.

While the Cole memo establishes the current federal position on cannabis enforcement, it does not have the power of law and only provides guidance to U.S. attorneys. It is the aforementioned Rohrabacher-Blumenaur Amendment (hereinafter referred to as the “Amendment”) that provides medical marijuana with binding legislative protection from federal intervention, stating:

None of the funds made available in this Act to the Department of Justice may be used, with respect to any [state or United States territories in which medical marijuana is legal], to prevent any of them from implementing their own laws that authorize the use, distribution, possession, or cultivation of medical marijuana.

Originally introduced by Reps. Dana Rohrabacher, R-Calif., and Sam Farr, D-Calif., and signed into law by President Barack Obama as part of a 2014 omnibus spending bill, the Amendment must be renewed each fiscal year in order to remain in effect.

Current Protections in Place Through Dec. 8, 2017

In May 2017, the Rohrabacher-Blumenaur Amendment was renewed by Congress until Sept. 30, 2017, as part of a spending bill signed into law by President Donald Trump. A bipartisan short-term funding deal enacted on Sept. 8, 2017, further extended the protections through Dec. 8, 2017.

Earlier this month, the full House of Representatives debated and passed an omnibus FY 2018 spending bill, which is the traditional legislative vehicle for medical cannabis protections. However, in an effort to speed up the amendment process on the this massive $1 trillion spending package, House leadership required the House Rules Committee to adopt a rule that limited debate on the floor to pre-selected amendments.

In a statement released after the recent House Rules Committee setback, Reps. Rohrabacher and Blumenauer stated:

Committee leadership is putting at risk the millions of patients who rely on medical marijuana for treatment, as well as the clinics and businesses that support them. The American people … overwhelmingly oppose federal interference with state marijuana laws. These critical protections are supported by a majority of our colleagues on both sides of the aisle.

With the Amendment set to expire on Dec. 8, 2017, the future of its protections now hinges on the work of the House-Senate conference committee, which will reconcile the differences between the spending bills of the two chambers this fall.

In their recent statement, Reps. Rohrabacher and Blumenauer advocated for protecting medical cannabis policies enacted by each individual state. The representatives said, “as House and Senate leadership negotiate a long-term funding bill, we will fight to maintain current protections.”

Democratic Votes May Be Needed for Spending Bill, and Cannabis Protections Could Be a Sweetener

Legislation to extend funding for federal government operations and the funding provisions associated with these operations, such as the Amendment, is debated and approved though the annual appropriations process. Although Republicans hold majorities in both the House and the Senate, fiscally conservative Republicans often oppose appropriations bills authored by members of their own party.

It is expected that the House and Senate will approve the final FY 2018 omnibus spending legislation and a longer-term debt limit increase in December, and once again, it is anticipated that Democrats will be needed in order to get a bill to the president’s desk for signature to avoid a government shutdown.

While the Amendment has the support of many Republicans, including its backer Rep. Rohrabacher, it is more heavily favored by Democrats. As House and Senate leadership negotiate the final spending package, the inclusion of medical marijuana protections could be one of many incentives for Democrats to support the bill.

Reps. Rohrabacher and Blumenaur are in the process of collecting signatures of their fellow congressmen for a letter to leadership of House and Senate Appropriations Committees urging them to keep the medical marijuana language offered by Sen. Leahy in the final package.

Advocates for the cannabis industry are actively lobbying Congress in order to secure as many signers of the letter as possible. If enough members of Congress sign the letter, it will give negotiators good cause to keep the provision in the final package.

However, several events could occur that could lead negotiators to omit the provision. First, if the House support letter fails to get a critical mass of signatures, it could be perceived by appropriations negotiators as a sign of waning support for the protections contained in the Amendment.

Second, Attorney General Jeff Sessions could choose to make a policy statement in opposition to the provision. While it is widely known that Attorney General Sessions opposes legal access to marijuana, he has yet to take steps to enforce his position. While cabinet members and other officials don’t have a direct vote on legislation, they can insert themselves into the negotiation process if the White House backs their efforts.

The relationship between President Trump and Attorney General Sessions has been strained at times, but if the White House wanted to show unity, it could choose to support an initiative raised by the Attorney General. Since the president must approve or disapprove any bill passed, House and Senate appropriators will take their positions seriously.

Lastly, the Amendment could face trouble if opponents of medical marijuana increase their lobbying. In the past, various law enforcement groups, the Family Research Council and other organizations have made fighting medical marijuana legalization a priority.

There is not currently any indication that this is an active issue for these groups, but there is nothing to stop them from making this a issue again soon. These opponents can make a case against the Amendment that is appealing to some lawmakers, and their influence should not be underestimated.

While its protections do not extend to the recreational cannabis industry or to those engaging in medical marijuana activity in violation of applicable state law, the Amendment has served as the primary security blanket for the medical marijuana industry over the past three years. Unless cannabis is legalized on the federal level, an unlikely scenario under the current administration, its absence will deprive state-compliant medical marijuana operators and users of their one substantive protection against federal intervention.

Thus, even in an industry that is well-accustomed to regulatory uncertainty, the fate of this particular legislation is of monumental importance for medical marijuana operators and patients. During this critical time, advocates and interested parties are strongly encouraged to engage their congressional representatives either directly or through a lobbyist.

While nothing is certain, the consensus among most Capitol Hill insiders appears to be that the Amendment will ultimately be included in the final omnibus FY 2018 spending bill. This prediction is primarily due to the ongoing public support for medical marijuana, the onslaught of states that have legalized medical marijuana in recent years and the potential for the Amendment to be used as a bargaining chip to garner Democratic support for the spending package.