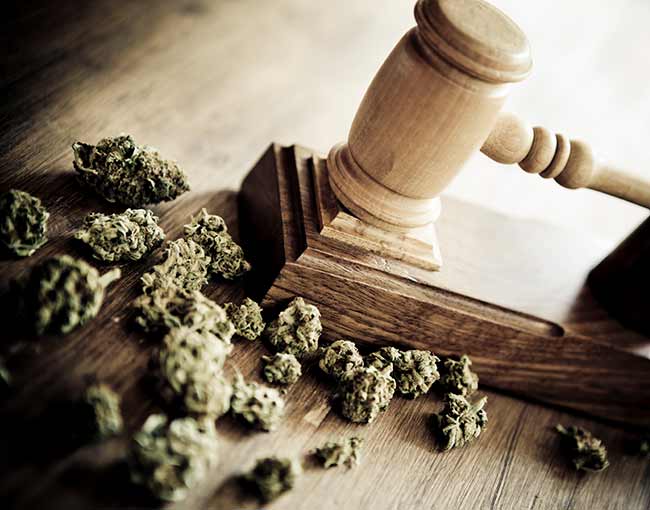 Big month ahead for federal cannabis policy in Congress

With federal protections for medical cannabis set to expire in early February, federal cannabis policy will be closely watched in Congress in the coming weeks.

The appropriation process for Fiscal Year (FY) 2018 has been anything but normal. Since the start of FY 2018, Oct. 1, 2017, the federal government has been temporarily appropriated under a series of four Continuing Resolutions (CR). With the current CR expiring on Feb. 8, 2018, lawmakers are anticipating a fifth CR that would extend federal funding and the medical marijuana protections under the Rohrabacher-Blumenauer appropriations amendment until mid-March.

A fifth extension should give Congress enough time to negotiate final spending levels, as well as immigration legislation that has been intertwined with the spending fight. Because congressional appropriators have no clear direction on funding levels, they haven’t been able to hash out legislation that would fund the government until the end of the fiscal year, Sept. 30, 2018. Furthermore, they have been unable to decide the fate of policy riders, such as the Rohrabacher-Blumenauer medical marijuana protections. The language from this amendment appears in the Senate-passed version of the bill but not the House-passed version.

While the Rohrabacher-Blumenauer Amendment is the only shield preventing the Department of Justice from prosecuting medical marijuana producers, even more uncertainty surrounds recreational cannabis, which currently has no protection from federal prosecution after the revocation of the Cole Memorandum on Jan. 4, 2018.

About a week after the memorandum was revoked, 69 members of Congress sent a letter to House leadership and House Appropriations Committee leaders asking for language to be included in the FY 2018 spending legislation that would also prevent the DOJ from interfering with state marijuana laws related to recreational cannabis.

Unfortunately for advocates of recreational marijuana, the adoption of this language is a long-shot. House and Senate rules governing conference committees prohibit “out of scope” material in negotiations between the two legislative bodies. In other words, because the recreational cannabis protections are not included in either the House-passed or Senate-passed appropriations bills, the language is not eligible for consideration. Is it possible for the House and Senate to waive these rules? Yes, but that is a hurdle not easily cleared.

Despite the fact that the expanded protections are unlikely for FY 2018, the suggestion of this language still holds value. First, it sets the stage for having the language included in the FY 2019 appropriations legislation. Second, it increases the chance that medical marijuana protections are adopted because it positions this language as the middle ground on these issues.

The next few weeks will be a critical time for medical marijuana. The following months will be critical for developing and  establishing broader protections on a more long-term basis.