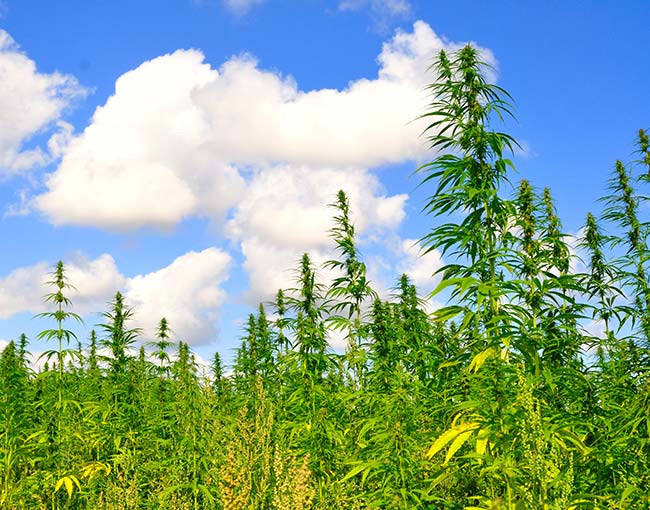 The justification for the state’s limited prohibition is based on the California Industrial Hemp Law, which incorporates federal law and regulation regarding food additives, dietary use products, food labeling, and good manufacturing practices that have been promulgated by the federal Food and Drug Administration (FDA). These regulations prohibit the sale of food in which THC or CBD has been added. One of the reasons for this prohibition is that CBD derived from industrial hemp or marijuana is still a controlled substance and not considered a food product. Moreover, as a Schedule 1 drug, industrial hemp cannot be transported across state lines, making it illegal for growers outside of California to transport their product for sale in the Golden State.

Paradoxically, the state’s recently passed Adult Use of Marijuana Act (AUMA), also known as Prop 64, permits the cultivation, manufacture and retail sale of “cannabis” (as that term is defined in the AUMA) for adult consumption, exempting CBD products derived from marijuana plants from the prohibition.

Many cultivators feel that banning CBD derived from industrial hemp while permitting the sale of CBD products derived from marijuana plants favors marijuana farmers at the expense of industrial hemp farmers, and makes CBD more expensive overall. Moreover, because the chemical composition of the CBD is the same — irrespective of whether it is derived from hemp or cannabis — the prohibition appears arbitrary.

While the new California regulations are a blow to the industrial hemp industry, growers are hoping that the federal government will soon provide some changes to the 2014 Farm Bill that could have a sweeping impact. One source of such change could be the 2018 Farm Bill first introduced by Senate Majority Leader Mitch McConnell, which proposes the legalization of industrial hemp, a change that would remove it from the list of controlled substances.

Legalization at the federal level would open the door to new regulations from both states and the FDA on the use, the restrictions  on any use, and the purity/quality required for CBD derived from industrial hemp. It would also likely permit the sale and transport of industrial hemp across state lines, permitting California farmers to sell nationwide while simultaneously opening the state’s markets to growers across the country. Industrial hemp growers believe  this would level the playing field.

The question not answered is whether or not the legalization of industrial hemp as envisioned by the 2018 Farm Bill would further open the door to the entire cannabis industry which continues to grow and prosper, despite current federal restrictions.