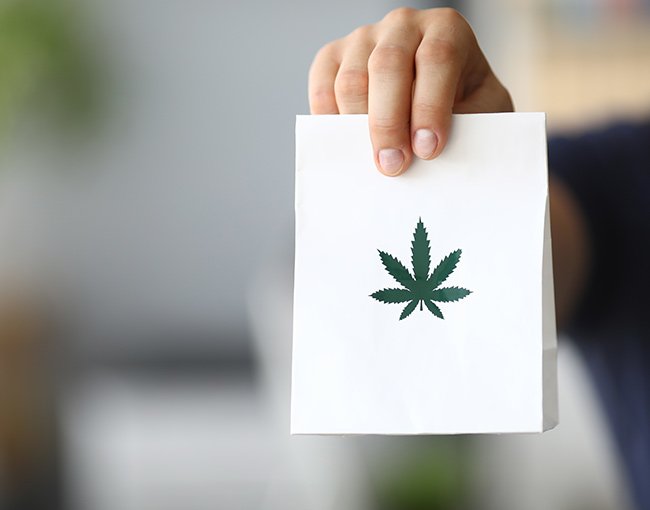 The viability of many California cannabis delivery businesses may be at stake next month as a landmark lawsuit brought by local municipalities against the Bureau of Cannabis Control (“BCC”) heads to trial. Last year, the County of Santa Cruz and 24 other California cities sued BCC and its Chief, Lori Ajax, to overturn a BCC policy permitting statewide delivery of cannabis products.

The plaintiff municipalities wish to prohibit cannabis delivery to customers located in jurisdictions that have banned the sale of such products. With less than one-third of California cities and counties currently permitting cannabis sales, the suit’s outcome is expected to significantly impact the cannabis delivery market in the State, particularly for the larger delivery businesses with operations throughout the State, such as Eaze, Speedweed, Goddess Delivers and Caliva.

The trial, originally scheduled for April 20, 2020, was postponed to July 16, 2020 due to the COVID-19 pandemic. On June 8, 2020, the California Attorney General’s office filed, on behalf of BCC, a trial brief outlining its arguments in response to the claims. This post provides background information on the case, details the arguments presented by both parties and discusses the lawsuit’s implications on cannabis delivery in California, which boasts the largest legal cannabis market in the world.

On November 8, 2016, California voters passed Proposition 64, the Control, Regulate and Tax Adult Use of Marijuana Act (“Proposition 64”), legalizing adult-use cannabis. The following year, the State’s legislature enacted the Medical and Adult-Use Cannabis Regulation and Safety Act (“MAUCRSA”), which authorizes delivery sales of cannabis products under the regulatory domain of BCC.

The plaintiff municipalities (collectively, “Plaintiffs”), which include the County of Santa Cruz, City of Beverly Hills, City of Riverside and City of Temecula, among others, have each adopted ordinances that regulate or prohibit commercial cannabis activity within their jurisdictions. The gravamen of Plaintiffs’ complaint is Regulation 5416(d) directly conflicts with Plaintiffs’ statutory right to regulate cannabis operations within their respective cities and counties.

Plaintiffs allege that Regulation 5416(d) is inconsistent with MAUCRSA, which provides that MAUCRSA “shall not be interpreted to supersede or limit the authority of a local jurisdiction to…completely prohibit the…operation of one or more types of businesses licensed under [MAUCRSA] within the local jurisdiction.” (Bus. & Prof. Code, § 26200(a)(1)).

Plaintiffs further contend that Regulation 5416(d) is inconsistent with statements made by proponents of Proposition 64. Proposition 64 supporters assured voters the act would not interfere with local municipalities’ rights to control cannabis-related activities.

Thus, Plaintiffs assert that while BCC has rulemaking authority over the distribution and delivery of nonmedical cannabis, this enabling authority does not authorize it to override local control in jurisdictions that have restricted or completely banned the operations of such businesses.

In response, Defendants assert that Regulation 5416(d) is consistent with MAUCRSA and that the statewide cannabis delivery policy is reasonably necessary to effectuate the purpose of MAUCRSA. They argue that local control is not absolute and while Plaintiffs can regulate and even ban cannabis delivery businesses established within their local borders, Plaintiffs cannot ban licensed businesses that are established in other cities or counties from delivering into Plaintiffs’ jurisdictions.

Specifically, Defendants reference Bus. & Prof. Code § 26090(e) which states “a local jurisdiction shall not prevent delivery of cannabis or cannabis products on public roads by a licensee acting in compliance with local law.” Defendants argue that under this provision, if a licensed cannabis operator makes a delivery to a customer in a jurisdiction that prohibits the sale of cannabis, the customer’s jurisdiction does not have the authority to prevent the delivery.

Plaintiffs counter that, under the text of §26090(e), jurisdictions are only prohibited from preventing deliveries if the business is operating “in compliance with local laws.” Delivery companies are not complying with local laws when delivering in jurisdictions that prohibit cannabis sales, Plaintiffs allege, and therefore §26090(e) does not apply.

Defendants also argue that any local ordinance, whether predicated on expressly granted authority or upon the inherent police powers of local jurisdictions, is void if it violates the express limits on the exercise of local police power or if it obstructs a policy objective of the Proposition 64. Defendants contend that California’s cannabis laws impose limitations on the exercise of local power.

For example, MAUCRSA authorizes any individual at least 21 years of age to buy cannabis from a licensed business and states that such activity shall not be unlawful under local law no matter where the individual resides. Defendants contend that statewide delivery is another valid limitation on local police power.

Defendants note that an expressly stated objective of Proposition 64 is to take the production and sale of cannabis out of the illegal market and into a regulatory structure, and to create a thriving commercial marketplace that would generate hundreds of millions of dollars in State revenue. These objectives, Defendants claim, would be completely subverted if local jurisdictions could unilaterally impede statewide commercial cannabis activity. In addition, such local police power would prevent private individuals from ordering legal product for delivery, undercutting the rights of individuals to purchase lawful goods.

Industry experts predict that the outcome of this case will significantly impact the number of legal cannabis delivery companies conducting business in California. A ruling in favor of Plaintiffs would prohibit such businesses from operating in jurisdictions where cannabis sales are prohibited, shrinking their customer base and potentially causing many companies to go out of business. As licensed businesses exit the market, the already significant presence of black market cannabis delivery operators is expected to increase, even in jurisdictions where cannabis deliveries are legal.

Delivery companies may find some solace in that, while the case remains pending, statewide cannabis delivery remains legal under Regulation 5146(d). Regardless of the outcome, the County of Santa Cruz, et. al. v. BCC ruling will almost certainly be appealed and the appellate process may continue for years.