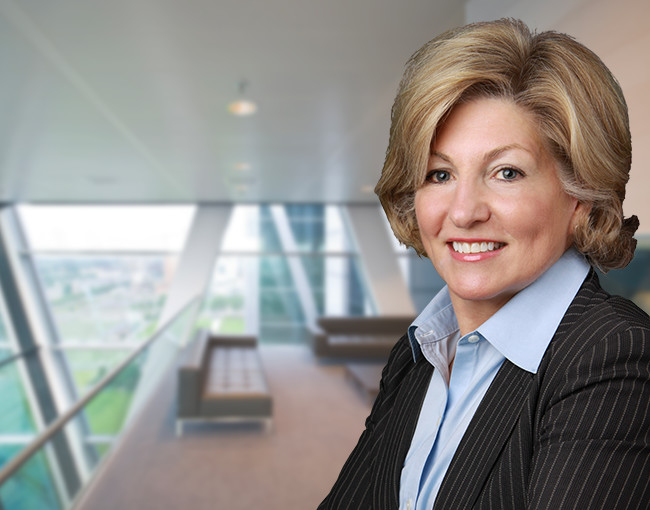 Mary has spent her nearly 40-year career representing major corporations in high-stakes trials and arbitrations across the region.

She has tried as lead counsel more than 75 jury and non-jury cases to conclusion and is a member of the American Board of Trial Advocates.

As a key player in some of the longest and most complex trials in the St. Louis region, Mary has developed excellent relationships with judges and opposing counsel, and is frequently asked to join pending cases when parties need an experienced courtroom litigator. She excels at leading trial teams, crafting trial strategy, and coordinating the many moving parts of a litigation. Mary has also developed a special focus on telling a client's story through the skilled cross-examination of opposing witnesses.

Mary was one of the very first women litigators in St. Louis and a founder of Thompson Coburn's Total Commitment® Women's Initiative. In 2015, Mary's role as a mentor and business leader was recognized by the YWCA of Metro St. Louis with a 2015 Leader of Distinction award. She is also a Life Fellow of the American Bar Foundation.

Mary served on the trial team that defended a regional beverage distributor sued after it challenged a 100-year-old state regulation governing relationships between suppliers and distributers. The case, which raised significant questions about state franchise law, was successfully settled a week into a jury trial. (2014)

Mary successfully tried a case for an Illinois school board in a federal jury trial over an age discrimination suit. (2013)

Mary successfully negotiated a settlement that resolved a dozen lawsuits between multiple railroads and the Illinois Department of Transportation over railroad property taken for the construction of the Stan Musial Veterans Memorial Bridge and related highway projects. (2013)

Mary obtained a judgment for a major banking institution that spared it from making multimillion dollar capital contributions to a large apartment development financed through federal historic tax credits. The same ruling also allowed the bank to sell its limited partnership interests without liability for additional contributions or guaranties. (2011)

In a case of national importance, Mary succeeded in obtaining a temporary restraining order for a major regional transit authority in an action to stop collection of a $40 million-plus payment resulting from the downgrade of investment ratings for AIG, which had provided credit support to the transit agency. The action was the lead case in the nation and watched by municipalities in the U.S. and banks around the world that were equity investors in AIG-backed transactions. The aggregate potential liabilities were over$300 million for the transit agency. Prior to a formal ruling, negotiations between both parties resulted in a private settlement. (2008)

Mary prevailed on summary judgment in Cole County in a case brought by the Missouri Attorney General's Office against a railroad client over the railroad's plans to dismantle an abandoned bridge and use the steel for construction of a new bridge. The ruling was affirmed by the Western District Court of Appeals, and Mary also represented the railroad before the Clean Water Commission, which upheld issuance of a DNR permit for the project. (2007)